Dear Reader, Below is Colette’s marvelous answer to “When was the last time you saw someone using a fountain pen?” I asked if I may share this with you. She said, “Yes!”

… I am more or less over jet lag and catching up with my messages.

For my confirmation, my godmother gave me a Dupont fountain pen that I have been using ever since; I am now 73 years old!  I used to have a dozen pen pals at a time and wrote all my letters with a collection of fountain pens.  They are my most precious possessions.  If I was ever woken up by the fire alarm in our house, I would run to get my fountain pens and get out.  I have signed all our legal documents, contracts and checks with that pen.  I lost it twice which was a cause of great despair.   The first time was in the Swiss Alps in January 1980 while on a ski trip, and I remembered later that I was in the lobby of the hotel writing postcards to friends.  So, I wrote the hotel and a few weeks later I received it in the mail with a note from the manager (written with a fountain pen) saying that they had found it in the lobby’s sofa between two cushions.  The second time was at the La Paz airport in Bolivia in January 1996. I had used it to sign the landing card.  We were arriving for a two-year posting at the American Embassy. I was sure then, that it was lost forever.  But my husband went back to the airport to the “lost and found” department, slipped a fifty dollar note to the clerk who promptly took it out of his shirt pocket and handed it to him.

I love the sound of a fountain pen on the paper.  I still write in my diary daily and still write letters with that pen.  I have been living in North Carolina for nearly thirteen years and I have never seen anyone using one here.  I have a Colombian friend who lives in Athens with her Greek husband who is also passionate about fountain pens, but she is the only one I know who uses it regularly.  However, we were just in Europe for two months and I spent a lot of time sitting in cafes outside on the terrace “people watching.”  I am happy to report that although the great majority of people in both London and Paris are on their iPhones, I spotted a few people each time writing in a journal using a fountain pen.  The clerk at the check-in counter of our hotel in Paris handed me a fountain pen to sign the registration card. And the same happened with the check-in clerk at our apartment/hotel in London. I gave them a big smile of approval each time.

I see fountain pens quite often in movies as well.  Of course, they used to be very expensive and some of them run in the four figures, but there are very good inexpensive ones these days.  The difference between using a ballpoint pen and a fountain pen is as great as night and day.

My goodness, I did not mean to ramble on for so long!  I just wanted to participate in this most interesting blog, mostly because I just returned from London and saw so much of the preparations to the Queen’s Platinum Jubilee and watched the celebrations on TV that went on for four days.
Best regards,
Colette 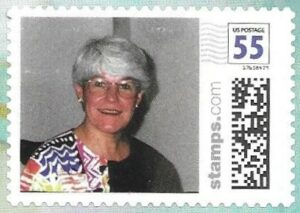