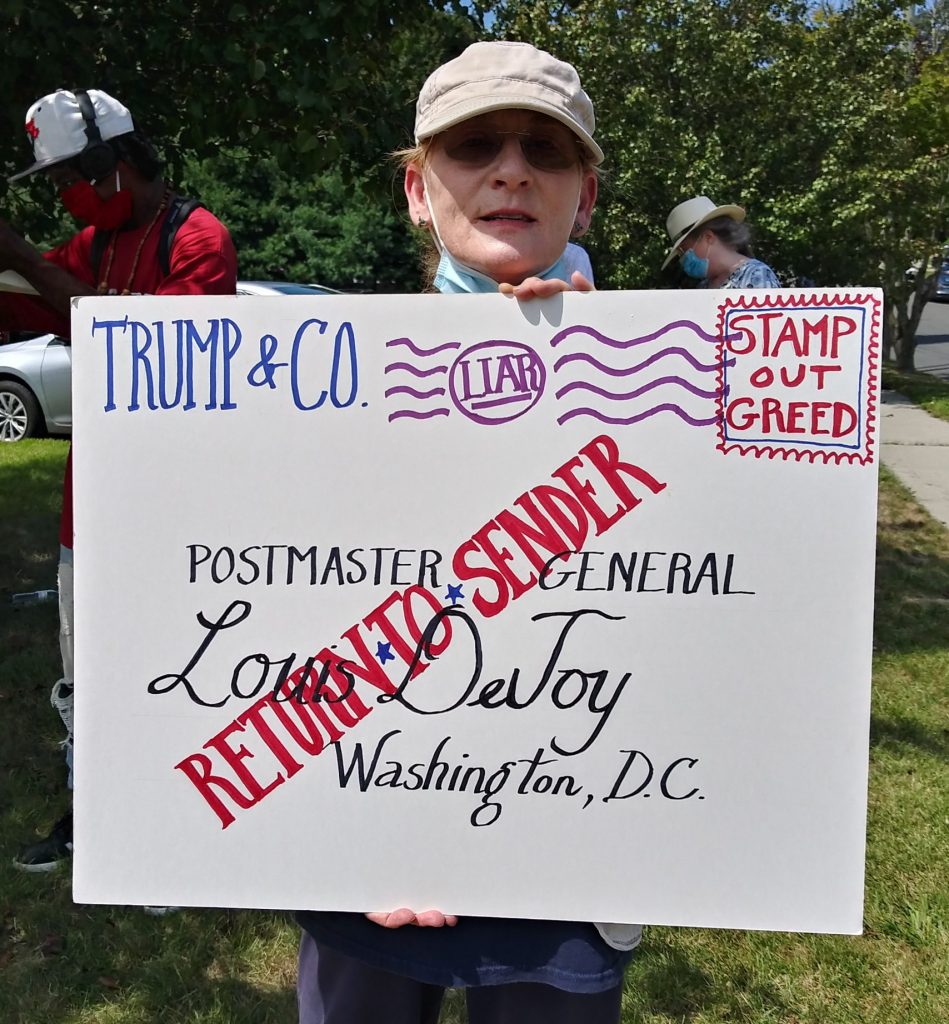 In my 33 year experience as a letter carrier, postal management would generally find purpose in fixing things that weren’t broken. The resultant  chaos would throw workers off balance and erode productivity. Every new boss would try to “reinvent the wheel.”  Occasionally, a new manager would work with the employees, but that was a rarity.

Nothing I experienced compares to what Postmaster DeJoy is doing. His approach to”breaking what doesn’t need fixing” swings like a wrecking ball. Dismantling letter sorting machines, deliberately delaying the mail, cutting overtime during a pandemic, and confiscating or padlocking collection boxes. Rats are infesting post offices where undelivered perishables are piling up. Medicines are delayed causing patrons serious health crises. And you can imagine what happens when expected checks don’t arrive like they used to.

The USPS was not broken. It needs Covid-19 emergency funding, like so many other service agencies. Constructive postal reform has been languishing with the Trump/McConnell stranglehold on Congress.  Yet in spite of it all, Americans love their post office.

The post office IS NOT a business. It is a public agency like public schools and the library. It belongs to all of us. In non-pandemic times it is completely self-funded by the sale of postal goods and services.

The post office was created by the 1st Continental Congress in 1775 with Benjamin Franklin as the first postmaster general. The primary purpose of the agency was to connect the colonies.  1775 was one year before America declared independence. The post office is older than the country itself. It is enshrined in our constitution and is part of our national heritage. The post office belongs to all of us.

Your 55 cent stamped letter can travel to any one of 160 million addresses in America where the USPS delivers, all for that same basic price. Remember this IS NOT about profits, it is still about keeping us connected.

Unfortunately, what connects us is under attack. Trump is a master at dividing people. Trump appointed DeJoy to destroy the post office and prepare to privatize it.  Trump’s daily tweets attempt to brainwash the nation on the perils of voting-by-mail further undermining people’s trust in their beloved postal service.

Within less than two months, public outcry has ushered Postmaster General DeJoy into Congressional hearings. There needs to be a polygraph machine present during these sessions, because DeJoy is another smooth liar. He can’t recall, didn’t make that decision, and is not responsible. He promises to continue dismantling the people’s post office after the election. But for the present, DeJoy says he’ll stop the changes. And “No,” he won’t bring back the letter sorting machines. “They are not needed,” he says.

What DeJoy is doing is illegal. It is unlawful to delay the mail and influence the outcome of an election. The House of Congress passes resolutions to protect our laws, and these bills die on Mitch McConnell’s desk. 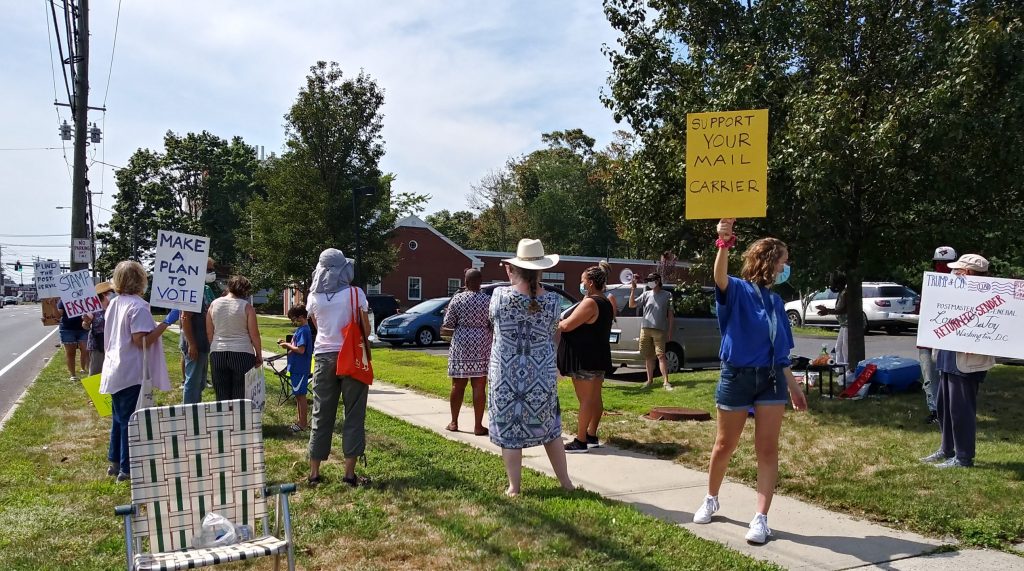 What can we do? Awareness is the first step. Talk to everyone you know about what is happening to our post office. Write letters to publications, post supportive articles on Facebook, call your legislators, attend rallies. We must keep up the pressure. We can not allow our post office to be destroyed. We must stay connected and make our voices heard.

I’m including two recommended resources here. One is an article by David Sirota, “The Goodfellows’ Scheme to Destroy the Post Office.” And the other is a 9 minute YouTube video on mail processing equipment at the post office. It was made in 2014. It shows what kind of equipment DeJoy is disassembling. Please watch and share with everybody.