Charles Dickens began writing A Christmas Carol in October 1843. At that time, he was suffering from “a hideous cold,” and was in the midst of a financial crisis.  After five years of economic success, Dickens had overextended his finances, his newer books were not selling as had been anticipated, and he was forced to borrow money from a friend to pay his bills. Additionally, his father and younger brothers (“blood pensioners”) had taken out loans in Dickens’ name which made his financial matters even worse.  And lastly, his wife was expecting their fifth child. 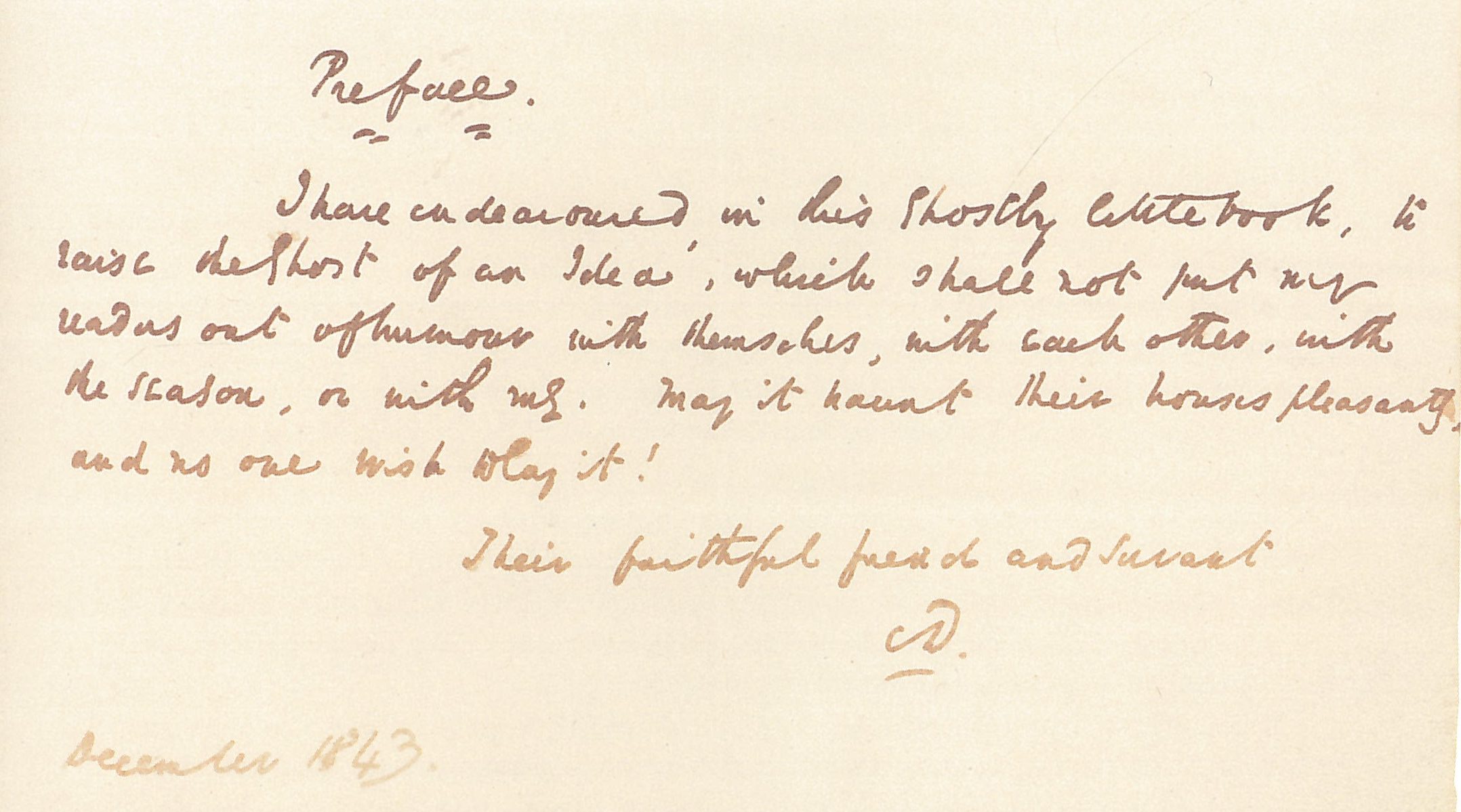 Preface…”I have endeavoured, in this Ghostly little book to raise the Ghost of an idea, which shall not put my readers out of humour with themselves, with each other, with the season, or with me. May it haunt their houses pleasantly, and no one wish to lay it!… Your faithful friend and Servant Compelled to write CD. December 1843″ 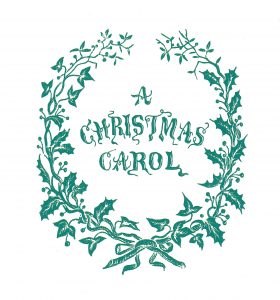 Dickens was always able to redirect personal adversity into his creative energy.  He wrote a friend, he had “a little scheme,” and by the end of November  he was “working morning until night upon my little Christmas Book.” (p. xv) Within six weeks, Dickens had completed A Christmas Carol.

Compelled to write for personal reasons, Dickens also used the narrative in A Christmas Carol as a social commentary on the plight of the poor, especially the suffering of children.

This was a period in Britain called the “hungry forties.” Depression, high unemployment, bad harvests, and food shortages led to widespread hunger among the poor.  Dickens visited and was appalled by the conditions of  a so-called “Ragged School,” where the deprived slum-dwelling children were put in jails. These children were the same miserable creatures that the Ghost of Christmas Present confronts Scrooge with, the figures of “Ignorance” and “Want.”

“As social propaganda, A Christmas Carol proved to be much more of a “sledge-hammer blow”(a Dickens’ metaphor) than any pamphlet or newspaper article could have been.” (p. xvii)

It has been said that Charles Dickens through his Christmas Carol, singlehandedly, revived the true meaning of Christmas.

A Christmas Carol has never gone out of print. It has been translated into several languages, and has been enacted in plays and multiple movies.